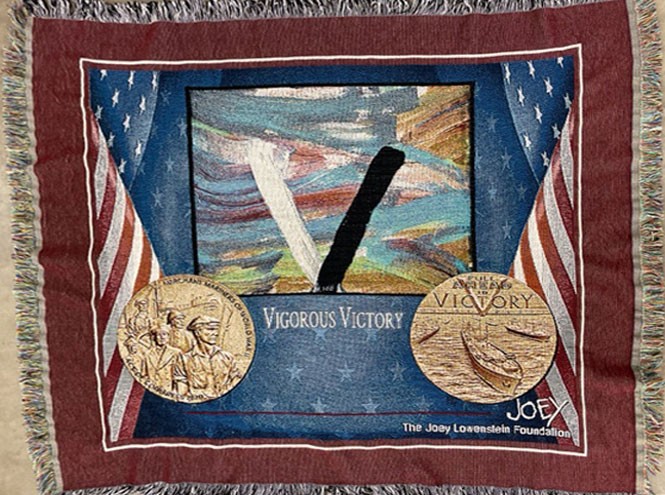 The United States Merchant Marines had never been recognized for their service to our country.  They supply the lines with food and ammo during military action.  This May That wrong was finally corrected when they received congressional gold metals for their work.

We were called upon to help commemorate this occasion by producing a tapestry that would hang, not only in congress but in maritime museums around the country.

The project had many obstacles

1.It needed to be produced in it's entirety in the United States

2.The design included a rendering of a painting done by an artistic boy from the Joey Lowenstein Foundation.

3.The painting had many colors so we needed to be able to have it made with over 100 different thread colors  ( most tapestries only can accommodate 3-4 colors

4.We needed to get special permission from the US mint to see the metal before it was announced or awarded

5.The number of people who could see this project need to be very limited because of the secret nature prior to presentation

6.The project had to be completed and delivered to Washington DC in less than 3 weeks

Attached are the results.  It is being hung in Maritime Museums around the county and over the next two months each will have a celebratory ceremony